Inspired by the great Baroque Masters and biblical scenes represented on the ceilings of Catholic cathedrals, Iulian has made about fifteen works, where each of them is bearing witness to his absolute fascination  for spirituality.

The uniqueness of his work lies in a mixed technique of creation. The artist mixed the digital photography realized underwater with the collage technique and post-processing, bringing them together in a striking symphony of colors and shades of light.

In all his works, water is the essential element of his creations. Source of life, power, and purification of body and spirit, water often appears in sacred scriptures as the alpha and omega of life, the expression of God. In his art pieces, he shapes the characters and makes them float. He, in some sort, connects the transcends beings and integrates them into the absolute spirituality of matter.

By immersing himself in Iulian’s creations, the viewer is invited to feel a state of lightness, weightlessness, and peace, as if floating above the earth, wrapped in divine energy. The viewer needs a spiritual exercise to decipher the depth of the image. In other words, he needs to let the art piece work on his imagination so that he can grasp the celestial world with his mind.

The spiritual power that emanates from his works invites us to question the elevation of beings and the damnation of souls.

The artist eagers to transmit a feeling of spiritual rebirth and belonging of the human being to the divinity. Iulian Giurca engages the beauty of religion in the current era. 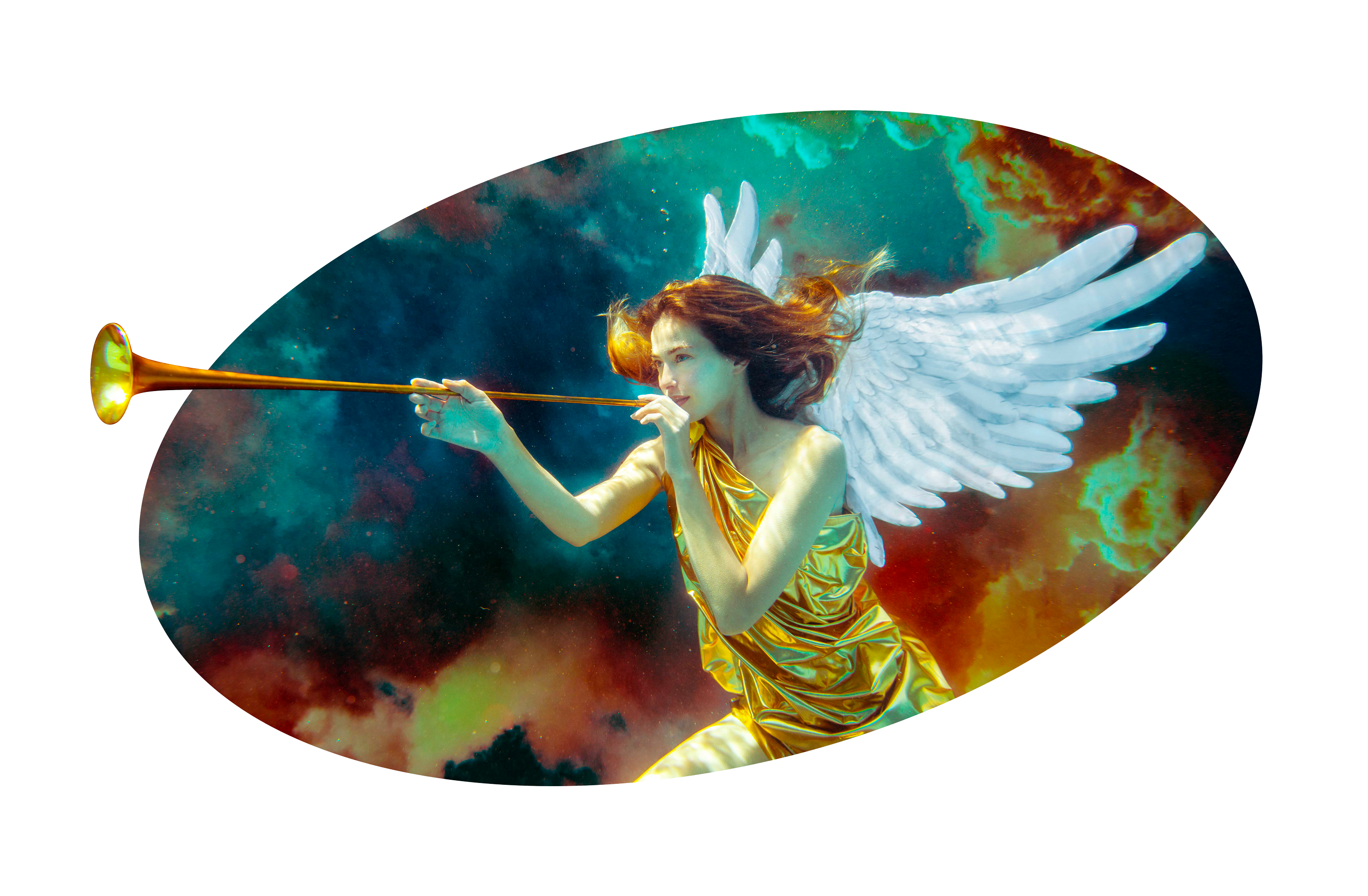 Born in 1979 in Romania, ever since childhood Iulian Giurca developed a strong passion for religion, art, and photography.

After 8 years of studying Plastic Arts in Iasi, Iulian moved to France where he earned his degree in photo-video visual communication in 2013 from Nice Sophia-Antipolis University.